Homelessness and Parks -- Visualizing a Solution

The issue of homelessness is not a new one, it afflicts big cities and small town alike and although the levels of severity are different, it is an issue that has yet to have a tangible solution. In fact, the 2017 Homeless Point-In-Time Count and Survey revealed that in San Francisco there is a total of 7,499 homeless men and women, and a staggering 58% of them are unsheltered. Due to the gravity of the situation, the city of San Francisco has proposed different policies, initiatives and ideas, with the sole aim of alleviating the matter. Nevertheless, the issue persists, and so does the impact that it has in different sectors, infrastructures, jobs, as well as the physical environment. The impacts of this issue can also be clearly seen in recreational parks, as well as the national parks around San Francisco. Thus, this issue has become a hot topic around the park system, since there is work as well as the natural environment that is directly affected by homelessness. Due to that, it is an issue that I have been interested in learning more about; for I see so much potential in connecting park staff to creative and innovative ways and practices around addressing this issue.

In order to further comprehend the impact that homelessness has on staff and the natural environment, I went on a ride along with a National Park Service Law Enforcement Officer. During our ride along, Officer LaSalle explained to me that complaints about homeless park goers have become a daily part of his duties. From complaints about a tent in Ocean Beach, to someone calling in dispatch about a person sleeping or smelling bad and thus being perceived as a public nuisance, to encampments in the park. “Being homeless is not illegal” he pointed out, but encampments are. Due to this, he explained that he has worked on collaborating with different departments and different park divisions in order to address the issue in a more wholesome way. Officer LaSalle, along with other park staff, has teamed up with the Homeless Outreach Team in order to provide resources for homeless park goers who might be in need of them. He sees value in this because he recognizes that they are in the park because they have nowhere else to go, and instead of seeing citations as a solution (when they are doing nothing illegal), he provides them information about resources, as well as gets them in touch with the Homeless Outreach Team.

As this issue continues, I think that the collaborative approach that he and some other members of the park service have taken are key in addressing this issue. After all, this approach brings a very human solution (instead of a bureaucratic one) to a very human problem. It allows for relationships to be made, for effective services to be connected and for solutions to be brought forth. As I continue this project, I find myself truly believing that through the collaborative efforts of rangers and officers in different park divisions as well as outside services, the park system will create innovative ways of addressing this issue; as well as move forward in truly being inclusive for everyone. 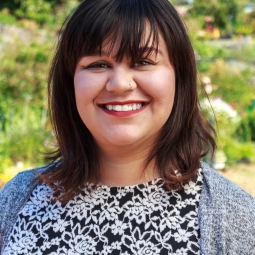