Taking ParkRx to Scale - through passion and spreadsheets

San Francisco is a city of innovation. With a world class public health system and an equally impressive park system, it’s fitting that the two would work together to improve the health and well-being of its residents. Since 2012 the Institute has partnered with the San Francisco Department of Public Health, Golden Gate National Recreation Area, and the San Francisco Department of Recreation and Parks to bring the idea of Park Prescriptions to reality – and now to scale.

Despite having close to 6,000 acres of parkland within the city limits current San Franciscans, like most Americans, are now far more sedentary and disconnected from the land than previous generations. We are feeling the burden not only in our bodies but in our pocket books and communities. There is a rigorous body of evidence to prove that access to and time spent in nature improves our physical and mental well-being. But don’t just take the leading scientists and researcher’s word for it – take a stroll through a forest, swap out your treadmill for a local park, or simply take a step outside and breathe in deeply.

Last week San Francisco was once again put on the map for innovation. A joint training of 200 park and health professionals helped launch and cement Park Prescriptions as more than just a good idea. The groundbreaking training included welcome speeches from the leaders of the Golden Gate National Recreation Area, Golden Gate National Parks Conservancy, San Francisco Department of Recreation and Parks, and the Department of Maternal, Child and Adolescent Health.

The role of the Institute was to help support, convene, and facilitate the day. A job that is often filled with spreadsheets, late night copy runs, and making a lot of last minute changes seem effortless. We’ve taken on this role to make it easier for our partners and champions to do what it is they are great at – to educate, inspire, and empower park and health professionals to work together, learn together, and ultimately make San Francisco a better place to call home.

It didn’t take long for me to forget about those late night copy runs and fifteen page spreadsheets when our leaders in parks and health took to the podium. I expected many words of congratulations and praise to be said throughout the day but what I didn’t expect was to hear such personal and authentic stories. Each speaker and trainer shared their connection to the outdoors; to the role nature had played in healing themselves and their loved ones and how those experiences have deepened their commitment to this movement.

The passion running through that room of public health providers and park professionals last week made all of the hard work worth it. I’m more confident than ever that we not only know enough to act now but that we will act now. Improving the health of our most vulnerable populations, strengthening ties in the community, and lowering healthcare costs doesn’t require a medical breakthrough. It’s time we all tap into those positive outdoor memories, roll up our sleeves and get to work together. San Francisco may be the first city to take Park Prescriptions to scale but I guarantee it won’t be the last. 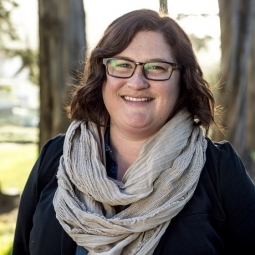