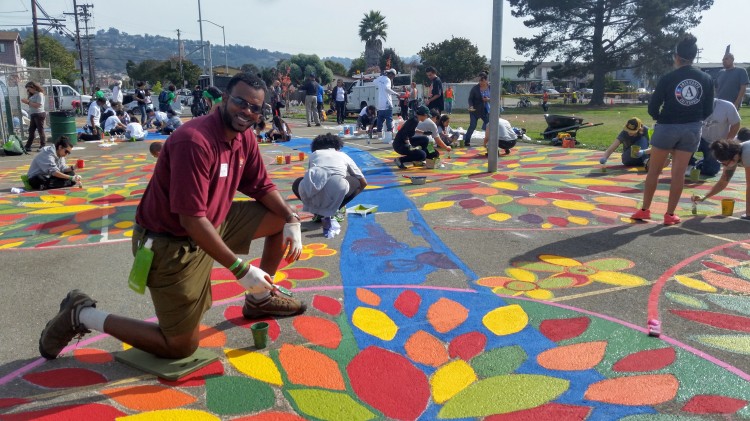 The following is a Q & A interview with National Park Service Urban Fellow, Kieron Slaughter who is working in Richmond, CA at Rosie the Riveter WWII Home Front.

What was your motivation in becoming an Urban Fellow for the National Park Service?

I was interested in a new career challenge and this position would allow me the opportunity to work with a national network and be more proactive rather than reactive. In my previous position as a city planner, one of my roles was to respond and react to development project submittals as opposed to proposing new initiatives and being proactive.

Another big motivation for me was the opportunity to address social justice issues in the community while addressing the diversity challenge facing the National Park Service (NPS). I see my role as an Urban Fellow as an opportunity to serve as an example and potentially inspire people of color who may have never thought that working for the Park Service was an option for them. By seeing me, they will recognize someone that looks like them, comes from the same place, and has had similar experiences as them. They will also see that they could work for the NPS and have a positive impact on the community.

The Fellowship also allows me to connect with local youth, primarily from Richmond, and explain to them that my road wasn’t always an easy one, and that I’ve experienced setbacks and stumbles along the way. This is what creates relevancy and these personal connections strengthen our relationship as an agency with the community. The NPS has an immense opportunity to facilitate 2nd and 3rd chances for underrepresented youth, especially those residing in urban environments like Richmond, CA.

Now that you’ve been in this position for seven months, what impression have you had of the fellowship?

So far it’s going great, although there’s been a steep learning curve because I came from outside of the NPS. Luckily, everyone I’ve worked with has been really helpful in bringing me up to speed with the Park Service culture, acronyms, and organization. Through trainings and traveling for the job, I’ve been able to accelerate my learning more quickly than I would have if I were just sending cold e-mails to new colleagues and partners and reading through publications. This really speaks to the power of in-person collaboration and the value of creating personal relationships.

On the whole, I think the Urban Fellows program has been well-received and I’ve witnessed a significant amount of local enthusiasm about it—among the community, public officials, as well as NPS staff. In April 2015, we had the opportunity to meet with the NPS Director Jon Jarvis and he formally announced the launch of the Urban Agenda during his keynote speech at the Greater and Greener Conference in San Francisco. This demonstrates that the Urban Agenda and Urban Fellows are supported from the highest level of organizational leadership. That type of support is paramount to the success of the program and the buy-in of NPS staff.

It’s been both humbling and encouraging to witness how community members value the parks, programs, and the NPS arrowhead—the symbol of the Park Service. I’ve enjoyed the opportunity of meeting community members and community groups in their comfort zones—their neighborhoods and local events—as opposed to inviting them to meetings in city hall. Being visible and representing the arrowhead to the public also let me hit the ground running a lot quicker. 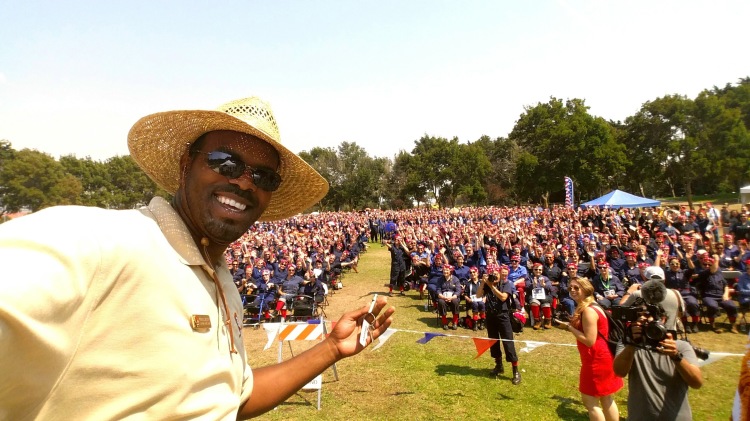 What really makes the Urban Fellowship distinctive from other positions I’ve held is the way in which our cohort was on-boarded and our ongoing support structure.  We attended an intensive 3-day, retreat-styled orientation that not only focused on the principles of the Urban Agenda, but also emphasized our individual experiences, backgrounds, and journey to that moment.  This was instrumental in creating a trustworthy environment that each of the 10 Urban Fellows can rely on while we navigate this fellowship in 10 different cities around the country. I really feel connected to my cohort of Urban Fellows and our support team.

What have been some of your biggest challenges in your fellowship? Conversely, have you had any moments of inspiration?

One of the biggest challenges I’ve had is wrapping my head around some of the intricacies of the NPS, such as the organizational hierarchy, job titles, and deciphering all of the acronyms. Another challenge I’ve had is figuring out how all of the relationships with our partner and friends groups function and mapping out what their roles are.

This isn’t exactly a moment of inspiration, but I’m generally inspired by the encouragement that the Urban Fellows receive from leadership to think outside of the box and think more deeply on how the NPS can be community partners. We’re encouraged to experiment and take more risks than most NPS employees, and we have more flexibility to work across established silos since we’re not in a specific division or branch. This fellowship provides a chance to challenge the status quo without fear of negative repercussions. In fact, I’d say my Park Service naivete has been a benefit in helping me think of how to make substantive changes within the system.

What does OneNPS—one of the principles of the Urban Agenda—mean to you?

OneNPS means re-thinking the hierarchical, military-inspired structure of the National Park Service and allowing for deeper lateral conversations. This includes potentially looking at startups and tech companies that have thrown out that model for inspiration. This principle also highlights that there has to be incentive to work with others outside of your department or division. It’s noble that the National Park Service is addressing this long-standing internal challenge through the Urban Agenda.

How do you see OneNPS playing out in the Pacific West Region and across the entire Park Service?

The Pacific West Region is interesting in that we’re located near all of these major tech players that can provide us with unique models of collaboration. We’re uniquely positioned to be inspired by their way of doing things. In addition, the City of Richmond truly has innovative and inspiring non-profits and community groups that are doing awesome work. I’m inspired by groups such as Urban Tilth, Rich City Rides, POGO Park, Groundwork Richmond, Friends of the Richmond Greenway, and Trails for Richmond Action Committee—to name just a few. These groups and others have demonstrated how positive improvements to the built environment can occur on a grassroots level with limited resources.

Thinking about how One NPS might function within the entire Park Service raises the question of how tenable it is to have communications all the way from an intern to the Secretary of the Interior. I think focusing on implementing One NPS on the regional level is the most feasible option and it’s fairly reasonable that units within a region could come together in person or when need be and share relevant information efficiently. We all complain about our overloaded email inboxes but we all continue to rely on email as our first mode of communication.  When you think about breaking down the silos of the entire Park Service system, it gets much more challenging; however, I think it can be done.

What are some of the quick take-aways you want the public to know about the National Park Service?

The Park Service does valuable work with partner organizations outside of the boundaries of the National Parks and not every NPS employee is a Park Ranger. We can play an important role in many relevant initiatives such as: health and wellness, local park planning, complete streets, urban agriculture, bicycle and pedestrian improvements, trail planning, and economic development.

In addition, the Park Service has unique employment opportunities and workforce training for young people that can result in a job in any state or territory in the country; that’s an awesome opportunity that I wasn’t aware of when I was in high school, working part time at a fast food restaurant. Why work a summer job at the local mall when you could be working at the National Mall in Washington, D.C.? The more that the Park Service communicates that we are willing community partners that care about the well-being of the communities that we serve, the more people will see the National Park Service as a resource and reach out to us for support on community-inspired projects. 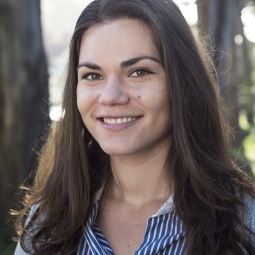