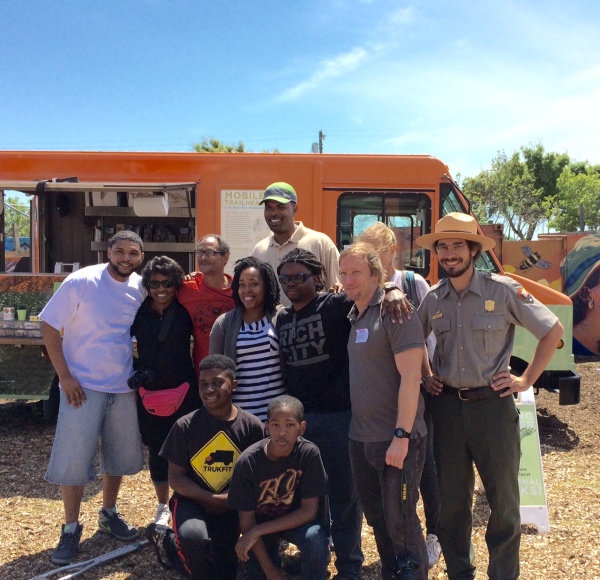 Living on the “wrong side of the tracks” frequently means living on the wrong side of the freeway. Minority communities are almost always on the wrong side of the freeway.  Give me a map and I’ll find black/brown communities just by looking for neighborhoods choked up, fenced in, and torn apart by highways. This didn’t happen by coincidence; the American freeways were planned and largely built before our civil rights act. Minority communities lacked the political capital to fight off encroaching highway development. Anthony Foxx, U.S. Department of Transportation Secretary, recently noted that minority neighborhoods were historically seen as “communities of least resistance.” For low-income communities in cities like Atlanta, Oakland, and Baltimore, highways were a system of disconnection, severing communities from resources and opportunity.

In Richmond, Interstate 580 cuts the community off from the bay and recreational resources such as the Rosie the Riveter National Historic Park. This is one of the many reasons why the City of Richmond and the National Park Service have joined forces to create the Richmond Wellness Trail. When completed, the trail will be a safe and enjoyable greenway connecting the city’s best parks, trails, and historical sites. This trail will link the BART station, downtown Richmond, Kaiser Hospital, schools, assisted-living facilities, and churches to a network of parks, Richmond’s National Park, bicycles routes, and natural beauty.  The Richmond Wellness Trail is bringing nature to the community and creating the connective tissue to bolster a healthy and active lifestyle.  By increasing assess to recreation, exercise, and jobs, this wellness trail is a true example of “Parks for all”.

Rosie the Riveter, like many of our national parks, inherited a road system largely outside of its control, but creating pathways into the health and economic benefits of our public lands is still our responsibility. The Richmond Wellness trail is one method of building equitable access to our National Parks, but mobile classrooms like the Roving Ranger (pictured above) is another pathway. Across the nation, parks are reaching beyond their borders to connect with communities across both physical and societal barriers.

Realizing that the built environment was not immune to the prejudices of its time, parks are now building bridges across this history of inequity. Except these bridges are built with native grasses and bike lanes and these pathways are internships traversing park boundaries.

If you live, work, or worship in Richmond, the National Parks Service is eager for your wisdom and input. Learn how to get involved with the Richmond Wellness Trail by visiting the City of Richmond’s website.

Lastly, the history of our freeway system and its impact on communities is fascinating. It’s a worthwhile topic of discussion for any park professional. The latest addition to our Book and Media Club is a recent 30-minute speech by Anthony Foxx, U.S. Department of Transportation Secretary. 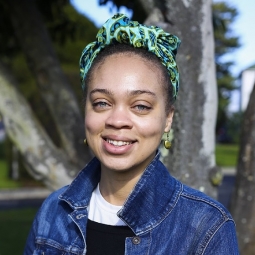